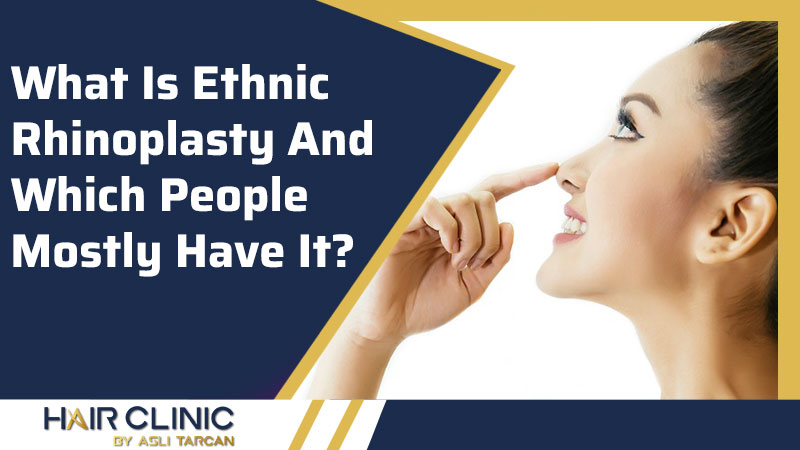 What Is Ethnic Rhinoplasty And Which People Mostly Have It?

What Is Ethnic Rhinoplasty And Which People Mostly Have It? Ethnic origin difference brings cultural variation from all over the world. For a long time in human history, humans lived as nomads. These nomadic societies created different societies that were fused with the people in the land they went to. The underlying reason for this human psychology is the desire to increase variation. Today people’s behavior is really different than in the past.

What Is Ethnic Rhinoplasty And Which People Mostly Have It?

While genetic variation is nice for some of us, some people may even hate their own race. People who have the physical characteristics of their race may not be happy with these features. The development of cosmetic surgery in recent years seems to have found a solution to this problem. People of different races now get the nose they want with ETHNIC Rhinoplasty surgery.

Rhinoplasty is the process of correcting the defective structure in the nose. This method, which is applied ethically, does not differ from any nose surgery. For this reason, people can easily have this surgery.

African people show very different characteristics from other people. The most prominent feature that catches the eye is the skin colors. Africans, who mostly have black skin color, also have thick skin and a crooked nose. African nose looks like it has been hit by the front. For this reason, black people are the people who mostly apply for ETHNIC Rhinoplasty surgery. These people want to have a North European nose with cosmetic surgery. As a result of all applications, these requests are fulfilled.

ETHNIC Rhinoplasty is actually a normal rhinoplasty application. The main point here is the common feature of patients. Everyone who applies for this procedure has a different nose due to their ethnic origin. These people who have ugly noses make a demand in this direction. Apart from that, there is not much difference in terms of application. Let’s examine the normal rhinoplasty and see the difference with our own eyes.

Rhinoplasty is one of the most common aesthetic operations. It is a surgical procedure that changes the shape and size of the nose. It is performed to eliminate congenital or subsequent deformities in the nose. The deformity of the nose is sometimes corrected because it only causes visual discomfort to patients.

In some patients, it is corrected because it causes respiratory problems. While septoplasty is done to improve breathing, rhinoplasty can often be done for cosmetic expectations. These two procedures can be performed separately or together in a single session. As a result, rhinoplasty operations are operations performed due to health problems or personal preferences.

ETHNIC Rhinoplasty surgeries are separated from normal rhinoplasty in terms of examinations. It cannot be said that there is much difference in applications. Rhinoplasty requires experience in many aspects. A technically equipped physician can perform very successful surgeries. Also, he earns more money with his experience.

Apart from such situations, people who have ethnic aesthetic problems should be treated differently. Pre-operative examination and conversation with the patient are very important. At this point, the experience of the physician comes into play. If he is an experienced doctor, he can perform a very useful surgery both in psychological and medical terms.You can apply to our clinic by contacting us.

How Surgeons Apply The  Rhinoplasty?

ETHNIC Rhinoplasty surgery has different features than rhinoplasty in Caucasian races. Cartilage and ossicles should be removed in rhinoplasty operations in Caucasian races. Nose augmentation is more common in people of African and Asian origin. By adding cartilage and bone, the nose has a large and aesthetic appearance. The most important point in this process is not to change the personal appearance on the face. Aesthetic correction in the nose will be sufficient.

This operation should be done by surgeons who are experienced in the field of plastic surgery. Surgeons need to have operation experience with people from different countries. It includes more techniques than normal nose surgery. With this surgery, a more flamboyant and raised nose should be obtained. Graft and implant materials may be required for this. Any process on the tissues should be natural to obtain a nose related to the ethnic origin of the person.

Some people have a small and straight nose. These noses seem out of sync with their jaws and foreheads. The nostrils may have a large structure. And the nostrils can be disproportionate or excessively raised. In such cases, the necessary cutting and removal operations or cartilage insertion operations are combined. Nasal development does not occur in children under 15 years of age. Thus, nasal aesthetics are not applied to them. Therefore, patients must be at least 15 years old.

After the ETHNIC Rhinoplasty surgery, the facial appearance of the patients has a balanced structure. Regardless of ethnic origin, an operation suitable for this condition should be performed. Reshaping the nose contributes to the beautiful appearance of the face. There is a distinct change in people’s silhouettes. Since the face structure becomes symmetrical, it looks more beautiful. Apart from these, respiratory problems or different problems in nasal cartilage are corrected with nasal aesthetics.

What Are The Advantages Of ETHNIC Rhinoplasty?

First of all, nasal aesthetics occupy an important place among other applications. The plastic surgery performed involves direct intervention on the face. It contains many risks in this respect. If we look at the ETHNIC Rhinoplasty surgery, this surgery is riskier than normal nose surgery. The nose is recreated with much different cartilage tissue or bone transfer. This requires a great deal of experience and ability. Surgery performed by an experienced physician brings many advantages.

First of all, the person who has the surgery will have a better face silhouette. Due to the disproportion in the nose, the invisible beautiful facial features become more visible. This is actually the main purpose of the surgery. With this surgery, not only the nose but also the whole face is effectively a part of the aesthetic operation. Please contact us for information about the surgery. What Is Ethnic Rhinoplasty And Which People Mostly Have It?