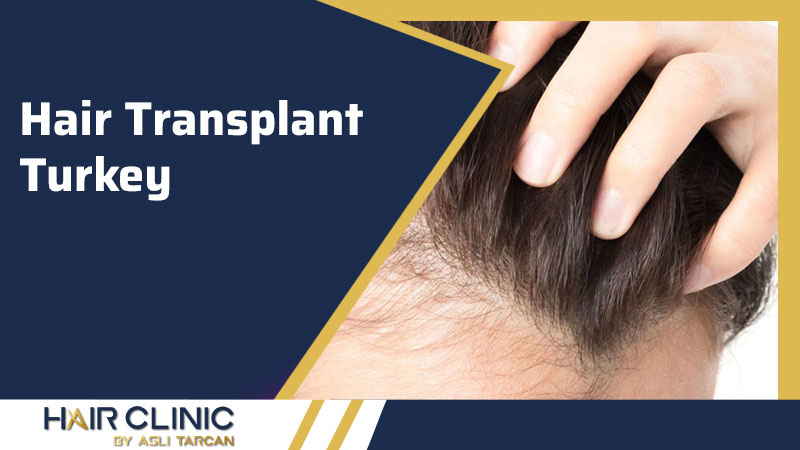 Hair Transplant Turkey Hair loss problem has become a common point for everyone. There are many factors affecting hair loss. Hair loss may occur in genetic factors, vitamin deficiency, old age, and irregular nutrition. Although hair loss seems to be a problem for men, this problem is also observed in women.

Hair loss seems less in women than in men due to the density of hair. Hair thinning is the most common hair problem in women. The most definitive and permanent solution for such hair problems is hair transplantation.

With the effect of technology, many types of techniques are applied in hair transplant Turkey. Some of these techniques are; Like FUT, FUE, DHI. However, the most common and reliable FUE technique is used today.

Hair transplantation is one of the most sought after and popular surgical procedures of the 21st century. It is a surgical intervention that solves the problem of male and female pattern baldness. Hair transplantation, which was once a taboo, is a fact that regains the hair and helps to increase the self-confidence of the person. Still, hair transplantation continues to be the subject of many questions; the performance of the operation, the risks, the price, and which methods are most preferable are just a few of them.

By the age of 30, one in three men faces some form of male pattern baldness. Hair grows from hair follicles or follicles. These are mainly sensitive to the modified form of the male sex hormone testosterone (dihydrotestosterone – DHT) on the forehead and scalp, which causes them to die. Whether you will be affected by hair loss depends on your genetic record, which you inherited from both your father and mother.

There are several types of hair loss. Male or androgenic hair loss is the most common, accounting for as much as 95 percent of all forms of hair loss acceleration, including in women.

It is known that men and women are prone to the male form of accelerated hair loss. The receptors on the hair follicle are hypersensitive to male sex hormones.

Baldness can begin to appear in men as early as puberty and in women during the menopausal period. At that time, women experience a marked imbalance between androgens and estrogens. Androgens are essential for the development of secondary sexual characteristics (hairiness as in men). On the other hand, they have a detrimental effect on the hair follicles. If these are regularly exposed to the action of androgenic hormones, they begin to shrink gradually. The hair they produce becomes thinner and thinner.

The FUE method has become a standard procedure in hair transplant surgery in recent years. Follicle transplant surgery consists of two steps. In the first step, also called FUE (Follicular Unit Extraction), a doctor removes individual hair follicles with a particular device at the removal site. The device contains a special rotating needle with a diameter of 0.8 – 1.0 mm, with which a doctor cuts the sac out of the collection point. Only a small hole remains at the removal site, which heals in a few days without a visible scar.

In the second step, a specialized surgeon inserts grafts (grafts) into the receiving site. It uses special microscrews that enable precise implantation of grafts, following the scalp’s natural appearance with the pattern, density, and direction of insertion. It thus achieves a natural look without the unnatural look of tufts of hair.

In the FUT method of hair transplantation, in contrast to the FUE method, an expert removes a larger hair area from the sampling site instead of the individual follicle at once. After removing the scalp strip, the surgeon will divide it into smaller groups of hair follicles and then transplanted it to your affected part of the scalp. The FUT method’s advantage is that it can cover a larger area of ​​your scalp in one operation. Due to the greater invasiveness of the procedure, deep scars may remain on the patient’s site.

Before a Hair transplant

After a Hair Transplant

After the procedure, the patient receives detailed instructions from us on how to take care of their scalp and can leave our clinic on the same day without bandages on the scalp. The hair falls out of the implanted own follicles in about ten days. New hair begins to grow 15 to 16 weeks after the procedure.

How to Choose the Right Surgeon for the Hair Transplantation Process in Turkey?

It is beneficial to ask for the satisfaction of someone who has had a hair transplant before. We also recommend doing a lot of research, especially on how many such surgeries a particular surgeon has already performed and data on customer satisfaction. Turkey, Thailand, or transaction prices were significantly lower in specific destinations such as India. The process will make the proposal’s scope depend on the surgeon’s experience.

Does a Hair Transplant Hurt?

The doctor performs the operation under local anesthesia, and it is painless. Post-procedure pain is minimal, and paracetamol is sufficient for relief. They are also usually minimal swellings. These disappear in a few days, rarely lasting up to three weeks. Especially with the more invasive FUT method, some inconveniences in the recovery process can occur, which the patient solves with standard painkillers.